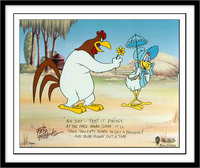 Foghorn Leghorn is the name of a character appearing in numerous Warner Brothers animated cartoons, especially Looney Tunes. He is a large, anthropomorphic adult rooster with a strong Southern accent and a penchant for mischief. He first appeared in 1946 in a Henery Hawk film entitled Walky Talky Hawky. All of the motion picture Foghorn Leghorn cartoons were directed by Robert McKimson, and the rooster vies with the Tasmanian Devil as the most popular character associated with the director. Foghorn's voice was created by Mel Blanc and was later performed by Joe Alaskey, Billy Farmer, Greg Burson and Jeff Glen Bennett. Foghorn Leghorn used a number of Claghorn's catch phrases, like "That's a joke... I say, that's a joke, son." A toddler version of Foghorn made an appearance in Baby Looney Tunes. 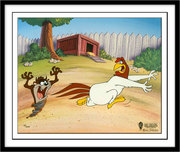 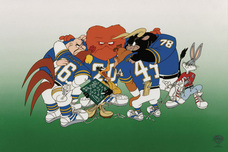 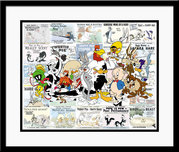 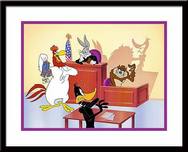 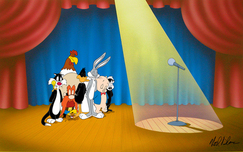