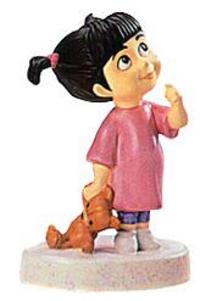 Monsters, Inc. is a 2001 Academy Award winning film and the fourth computer animation produced by Pixar Animation Studios. The film was released to theaters by Walt Disney Pictures in the United States on November 2, 2001, in Australia on December 26, 2001 and in the United Kingdom on February 8, 2002. Bearing many similarities to the 1989 film Little Monsters, the story for Monsters, Inc. was written by Jack W. Bunting, Jill Culton, Peter Docter, Ralph Eggleston, Dan Gerson, Jeff Pidgeon, Rhett Reese, Jonathan Roberts and Andrew Stanton. It was directed by Peter Docter, Lee Unkrich, and David Silverman. Monsters, Inc. premiered in the United States on October 28, 2001, and went into general release on November 2, 2001 with the best opening ticket sales ever for an animated film and the sixth best of all time. 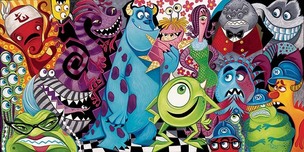