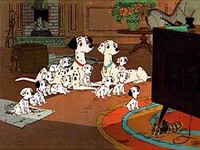 It stars Glenn Close as the villainous Cruella de Vil, and Jeff Daniels as Roger, the owner of the 101 Dalmatians. Unlike the novel and earlier adaptations, none of the animal characters talk. A sequel, 102 Dalmatians, was released in 2000. 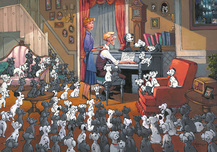