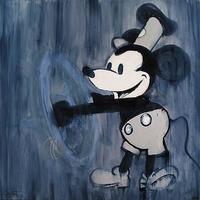 Steamboat Willie (1928) is an animated cartoon featuring Mickey Mouse released on November 18, 1928. It was the third Mickey Mouse cartoon to be made, though the first with sound. Disney decided to use Pat Powers' Cinephone system. It was released at New York's 79th Street Theatre,[1] and played ahead of the independent film Gang War. Steamboat Willie was an immediate hit while Gang War is all but forgotten today. The cartoon was written and directed by Walt Disney and Ub Iwerks; the title is a parody of the Buster Keaton film Steamboat Bill Jr. Music for Steamboat Willie was put together by Wilfred Jackson, one of Disney's animators (and not, as sometimes reported, by Carl Stalling), and comprises popular melodies including "Steamboat Bill" and "Turkey in the Straw".

Of Mice and Music 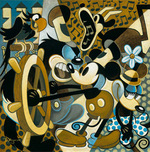 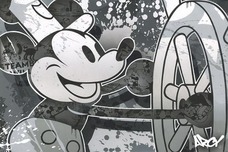