When one looks at Mike Perazas impressive career, it is common to wonder how he had the time to work on so many film projects. From his early days creating layouts, to working as the Art Director for Disneys The Little Mermaid, Mr. Perazas amazing talents have shaped the animation world, and helped to usher in the fabled Disney Renaissance.

Born and raised in New Orleans, one of the most culturally diverse cities in America, Mike Peraza knew he wanted to be an artist from a very early age. His animation work for a local TV station solidified this dream and soon he set out west to attend the prestigious California Institute for the Arts, a university that Walt Disney himself helped to establish. However, tuition fees soon proved to be too costly and he planned to drop out, but then famed animator, Jack Hannah, Dean of the Disney Program, offered Mike a full ride scholarship and made it possible for him to stay and study the craft he loved so much.

At the end of his third year, Mike Peraza was desperately searching for a job. After graduation, while returning to his locker to clean out his supplies, Mr. Peraza found a note inviting him to come and work for The Walt Disney Studios, his dream job.

One of his first assignments at Disney was to help in designing the multiplane shots for The Fox and The Hound. This project was only the first in an impressive list of animated features that Mr. Peraza had a hand in shaping. This list includes projects such as Dragons Lair, Space Ace, The Great Mouse Detective, TRON, Something Wicked this way Comes, Return to OZ, Ducktales, Chip and Dale Rescue Rangers, Talespin, Goof Troop, Who Framed Roger Rabbit, Aladdin, Beauty and the Beast, Thumbelina, Stuart Little and Warner Brothers, Ice Age.

Mr. Perazas big break came when, at the wrap party for The Great Mouse Detective, John Musker and Ron Clements brought over The Little Mermaid script and asked if he would be interested in Art Directing it. As a big fan of Mr. Muscker and Mr. Clements, Peraza didnt have to think long before taking the position. When The Little Mermaid premiered, it was given credit for breathing life back into the animated feature film genre and also marked the beginning of the era known as the Disney Renaissance. 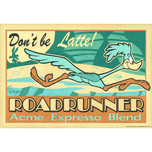 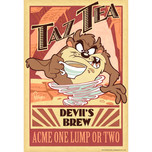