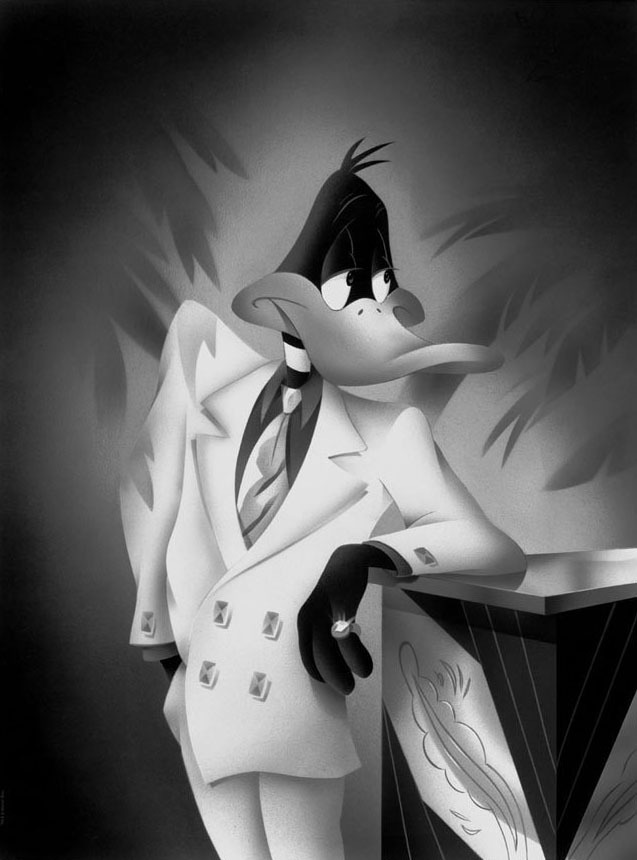 Taken from artwork developed in 1993 by award-winning Warner Bros. artists Alan Bodner and Harry Sabin, these images were originally released as fine art lithographs. Now available on rich canvas, this is your chance to get four stunning pieces.

Rendered in classic black and white tones, The Portrait Series illuminates Bugs Bunny and Daffy Duck in dramatic and stylized poses which harken back to the 30s and 40s when screen actors were as well known for their photographic glamour as they were for their on-screen ability.