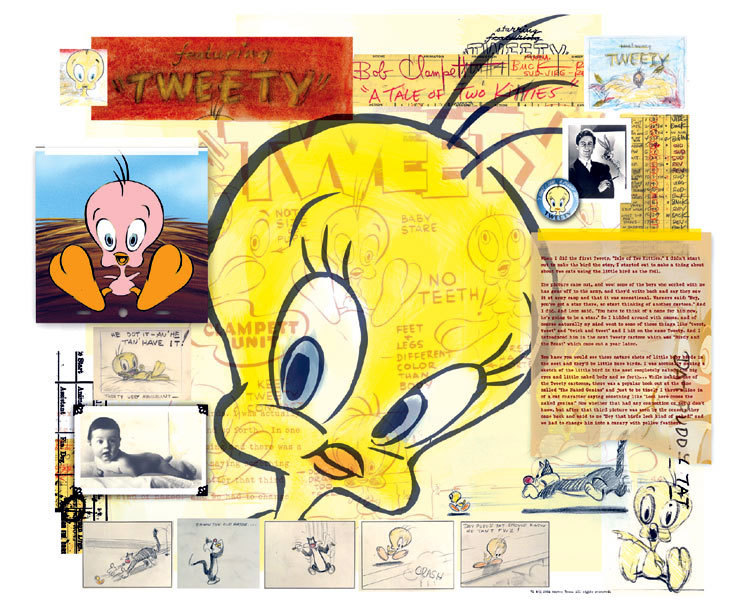 Tweety has become one of the most beloved characters in animation since his debut in "A Tale of Two Kitties" in 1942. Tweety was created by Warner Bros. Director Bob Clampett. The idea to create Tweety struck Clampett when he looked at his own nude baby photo. In hit first shorts, Clampett had the little bird featherless and more of a flesh color. But even as Tweety gained a following and affection in his pictures, the censors believed Tweety should wear some sort of clothing and made Clampett add yellow feathers to the now famous bird. "Origins of Tweety" included elements of very rare Tweety art taken from the Clampett original archives which include images taken from the model sheet, storyboard and a typed interview. The primary print is reproduced with the fine art giclee process and is then embellished with photographs, a collector pin, the written word and hand-painted well. Ruth Clampett dedicates "Origins of Tweety" to her father. This is the first limited edition signed by her.