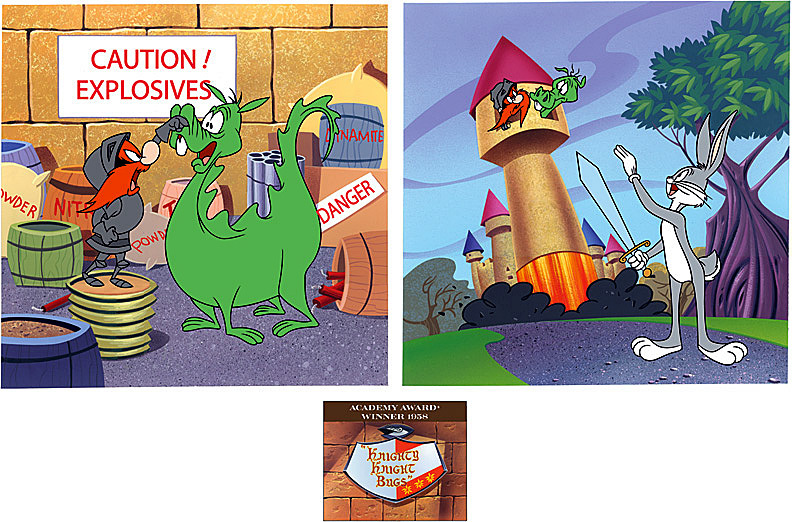 Poised as a before and after sequence, these two images come from Knighty Knight Bugs, the 1958 Academy Award-winning cartoon directed by Friz Freleng. This piece shows the progression of a gag, where in the first scene, Yosemite tried to keep his fire-breathing dragon from sneezing while both are huddled inside a castle's explosives-filled powder room. By the second scene, we see that Yosemite has failed as both he and the dragon, while still inside the same powder room, nonetheless sail upward like rocket. This is the second release taken from the Academy Award Winning Series, and comed with a reproduction of the original title card.