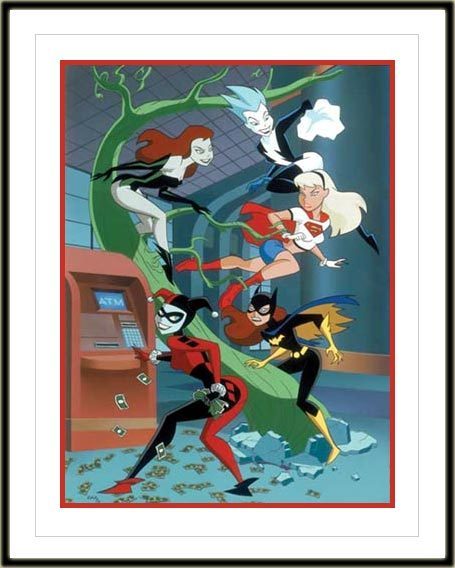 The five return again! Poison Ivy, Livewire, Batgirl, Supergirl, & Harley Quinn. The original release of this piece was extremely popular and sold out. Now it has been released again with a small edition. This gives collectors a chance to own this piece again for a reasonable price! We had several requests for this after its initial sell out and could not fill all of our orders for it. Don't wait this time. Get one while we have them in stock!