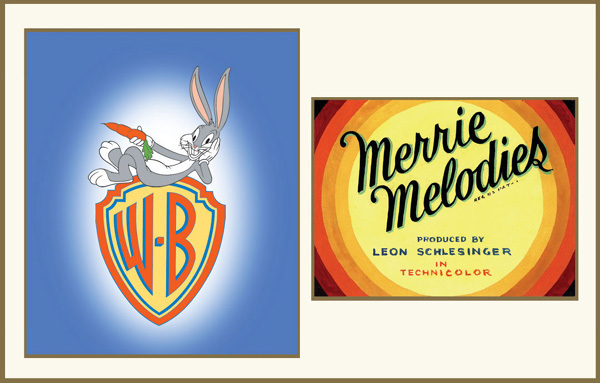 "Openings" was inspired by an original image borrowed from the Bob Clampett archives. The two openings seen here represent the two entities of Warner Bros. cartoons. The Warner Sheild, which in some cases was just a WB, opened for the Looney Tunes Cartoons, while the multi-colored ringed Merrie Melodies opening was utilized for musical-type cartoons that showcased music owned by Warner Bros.