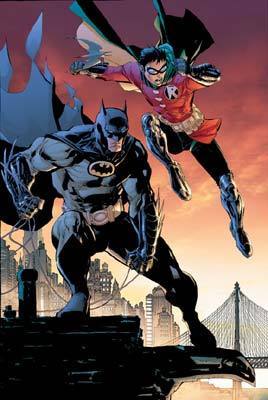 Hand Signed by Jim Lee! Rendered and drawn by premier DC Comics artist, Jim Lee. "Gotham's Crusaders" is a new piece by Lee, created as development art, and featured in Wizard Magazine. This piece utilizes many of Lee's renown stylistic cues. Lee who at one time studied to be a physician at Princeton University, demonstrates his strong knowledge of the anatomy in order to create some of the most physically imposing superheroes to date, while his cross-cut style of illustration, executed through tiny lines in the character, gives an impression that his characters are actually moving. A consummate comic fan, Lee originally started noted comic book house, WildStorm, which was later purchased by DC Comics. WildStorm, which remains under Lee's direction, created Gen 13, Wild C.A.T.S. and Astro City, and is known for some of the edgiest art in comics today. Each print in the edition of "Gotham's Crusaders" are hand signed by Jim Lee.