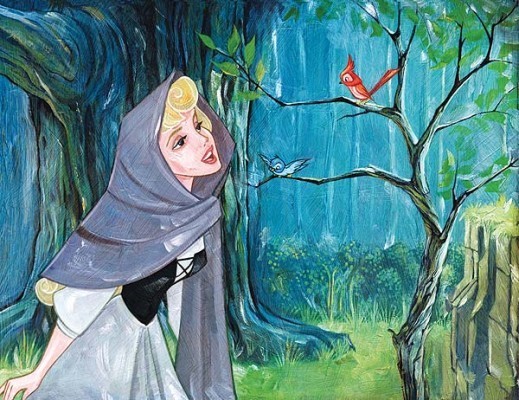 He's been a prolific artist for movie studios and theaters, with a client list that includes Disney, Warner Bros., Sony Pictures, Paramount Pictures and Radio City Music Hall. He was the master illustrator and conceptual artist behind many of the memorable images and finished paintings associated with the "Harry Potter" films. He describes his style as "painterly realism", and his favorite subjects are people. Ask him about a painting, and he will tell you the subject's personal story. Salvati sees his paintings as his portal into various cultures and different areas of society. "I like the connection between people and their culture," he says. "The different emotions, gestures, moods, environments, and style of people in my life and those that I cross paths with, all become part of my storytelling".

Go back
More Artist Jim Salvati Limited Edition Giclee on Canvas Sleeping Beauty
Do you have a question?
Visit our Brick and Mortar Gallery in Denver (Cherry Creek North), CO