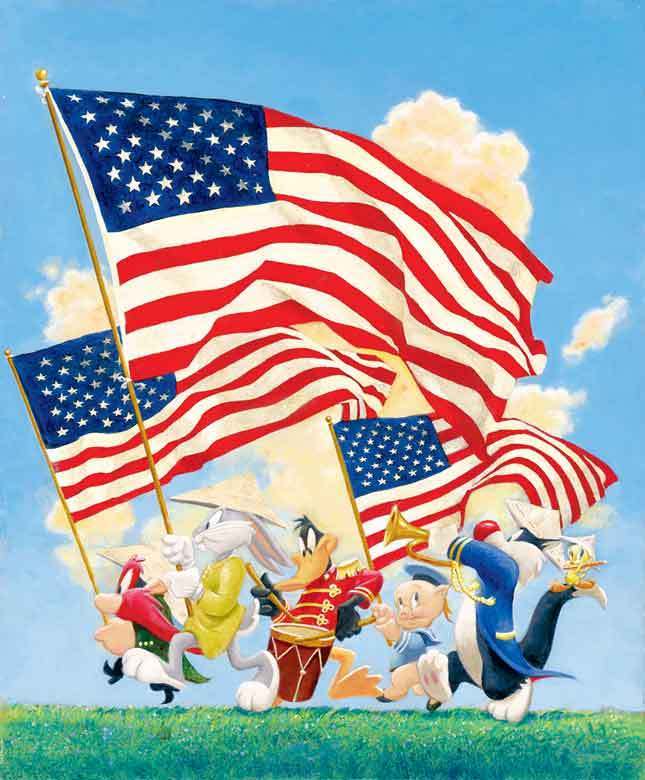 Created by renown Looney Tunes artist, Kirk Mueller, who created some of the most highly-regarded Looney Tunes artwork to date, including "Looney Lineup," one of the most collected images for Warner Bros. Studio Stores, and "Where One Goes We All Go," a Looney Tunes piece in tribute of firefighters. Influenced by fantasy painter, Maxwell Parrish, Mueller brings a sense of design to "Patriotic Parade," where the perspective of the characters in period uniforms and paper hats compared to the large American flags and play instruments, suggests how the Looney Tunes would put on a 4th of July parade. "Patriotic Parade" also demonstrates the near-century long ability of the Looney Tunes to simultaneously respond on two levels as in this image, they are playful while also symbolizing patriotism and love of country. "Patriotic Parade" is hand-numbered and is signed by Kirk Mueller.
More Artist Warner Brothers Limited Edition Giclee on Paper Looney Tunes