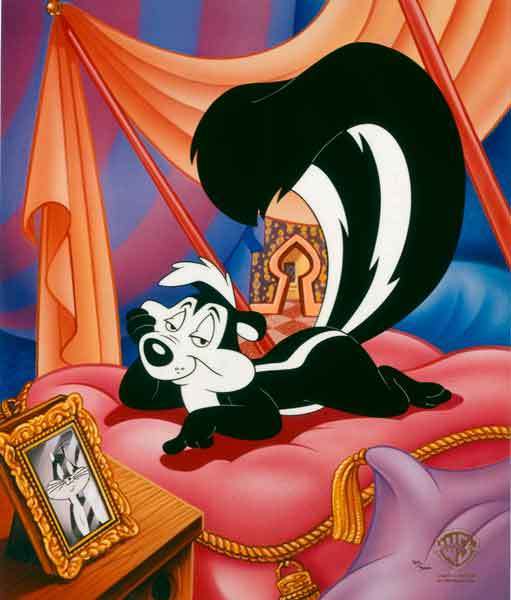 This image is a re-release of characters originally offered by the Warner Bros. Studio Stores. We are now offering the remainder of the editions. The classic images of Tweety, Bugs, Taz, Pepe Le Pew and Michigan J. Frog, show these characters in poses known to be the hallmark of their personae. Much like live-action actors' headshots, these images seek to showcase the character more than any action that could be occurring around them. Each of the character poses were drawn by Warner Bros. artist Dan Haskett. Laurie Dindis created the master inking, which was then silk-screened with the Warner Bros. seal of approval. The backgrounds were painted by Warner Bros. background artist, Hector Martinez.
More Artist Warner Brothers Limited Edition Hand-Painted Cel Pepe Le Pew
Do you have a question?
Visit our Brick and Mortar Gallery in Denver (Cherry Creek North), CO