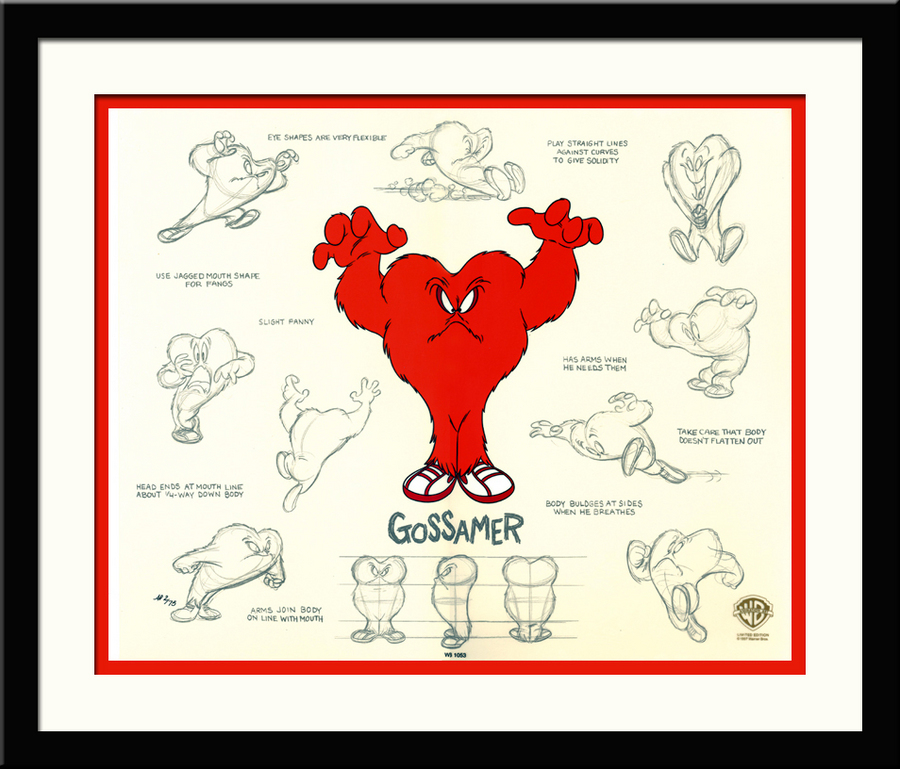 Gossamer first appeared in "Hair-Raising Hare", directed by Chuck Jones. Given this monster has appeared in only THREE Looney Tunes shorts, (as well as appearances in Tiny Toons and Tweety and Sylvester Mysteries episode) his success and recognizability are nothing short of phenomenal. Gossamer was originally named "Rudolph". And though twenty-eight years passed between his second and third cartoon, the large orange monster would still enjoy as much popularity as in his first two cartoons. Gossamer Model Sheet was originally published by the Warner Bros. Studio Stores in 1996.