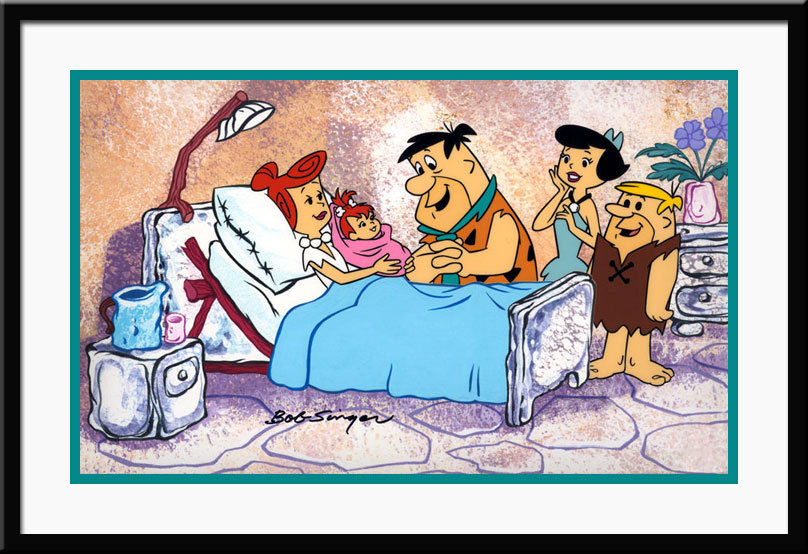 Created in 1960, The Flintstones have often been compared to early television shows such as The Honeymooners. particularly because of the characterizations of buddies Fred and Barney and the affable relationship between Wilma and Betty. The Flintstones remain one of the most important animated series on television, as they were the first cartoon to have half-hour episodes, and be ranked in the Nielson Top 20. Taken from Episode 83 of The Flintstones "The Blessed Event" is about the birth of Pebbles to Fred and Wilma on February 22, 10,000 B.C. It has always been a desire of The Flintstones creators, Bill Hanna and Joseph Barbera to bring human aspects and scenarios to the stone-aged family, which "The Blessed Event" did as it projected them to a more realistic level than any other cartoon characters on television at the time. Hanna-Barbera storyboard artist Bob Singer created the artwork for this limited edition cel. Each cel has been hand numbered and hand signed by Mr. Singer.