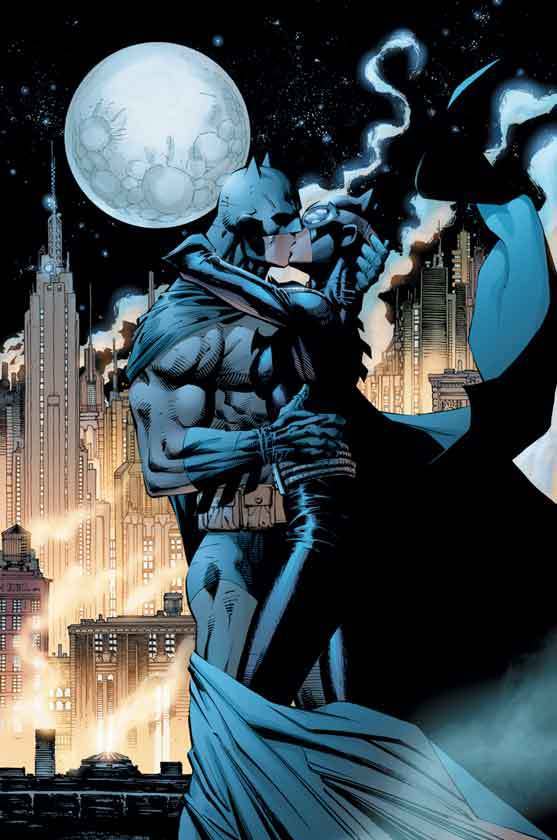 Publisher: Clampett Studio Collections Artist: Warner Bros. Characters: 2: Batman and Catwoman Release Date: January 13, 2004. * This dramatic image of Batman and Catwoman demonstrates the tension and desire between the Caped Crusader and Cat Thief hinted in both the comic books and animated series. * This image first appeared in the February 2003 Batman Comic, "In the Mouth of Madness," which was penciled by Jim Lee. This series has grown into one of the most popular DC Comics Batman series to date. * Rendered by Jim Lee, Lee's style is noted for the definition and detail he incorporates into his superhero images. * Lee's cross-hatched style adds dimensional qualities to "Kissing the Knight," as it appears Batman and Catwoman are actually moving closer and embracing within their kiss. * This edition is hand-signed by Jim Lee.