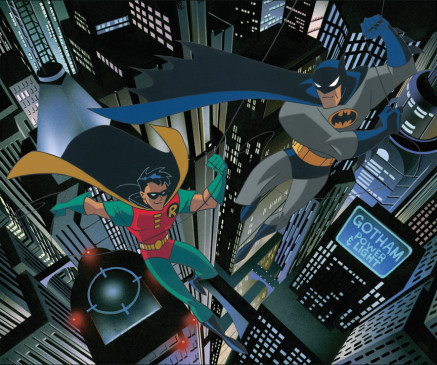 Originally drawn and rendered in-house by DC Comics, Gotham's Dynamic Duo is created in the style used for the first season Warner Bros. Batman animated series. This series inspired an entirely new style of animation called "Dark Deco," where by the backgrounds were painted on black paper, giving Gotham an entirely new personae and darkness which melded with Batman's character. This also was the first Batman series to concentrate heavily on the personalities of the character, making it as much a character-based theme as it was based in action. Each of "Gotham's Dynamic Duo" has been hand-numbered and signed by Bruce Timm, Alan Burnett and Paul Dini.