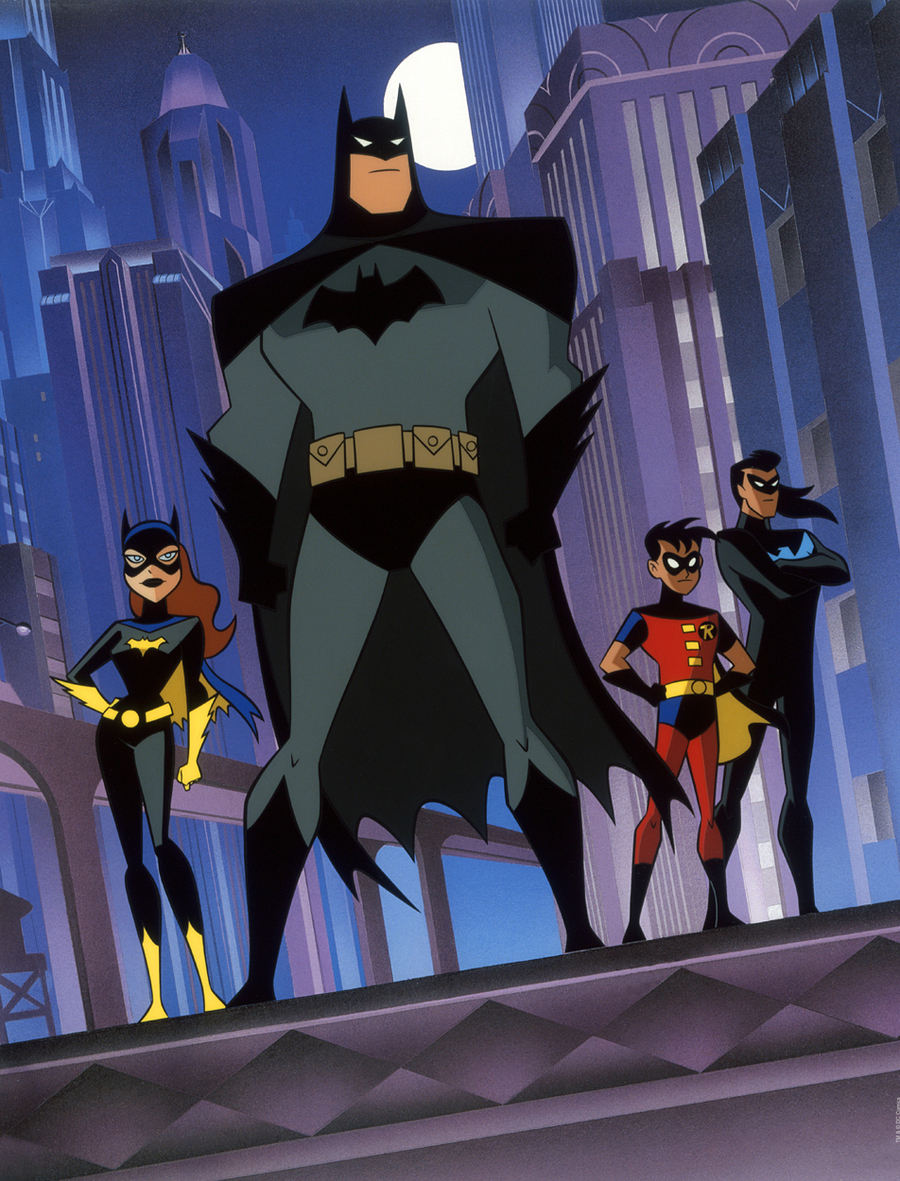 This dramatic artwork features an iconic pose of Batman, Batgirl, Robin and Knightwing of the award-winning Batman: The Animated Series television show. This art was part of a body of work that helped evolve the now-famous "Bruce Timm style" character design, which was an ultra-modern, dramatic, angular and graphic departure from all previous representations of The Dark Knight.

This art was inspired by a piece of "concept" art from the development of the award-winning show. "Gotham Knights" was originally released in 2000 as a hand-painted limited edition animation art cel and sold out. As part of the 75th Anniversary of Batman's creation this anniversary edition on canvas has been created.

The original art for "Gotham Nights" was drawn and painted by the Warner Bros. Animation Studio, under direction by Bruce Timm.

Each print is signed by Bruce Timm.