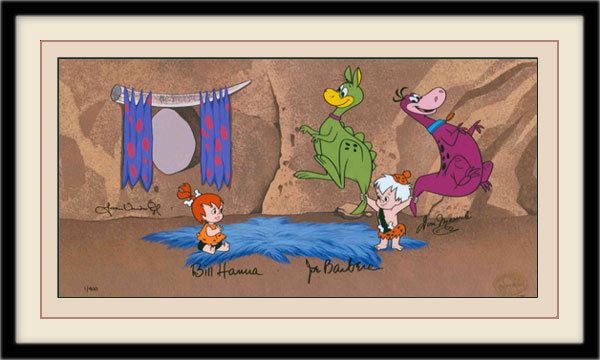 Hanna-Barbera is an American animation studio that dominated North American television animation during the second half of the 20th century. The company was originally formed in 1944 by MGM animation directors William Hanna and Joseph Barbera and live-action director George Sidney as H-B Enterprises in order to produce sponsored films and later television commercials. After MGM shut down its animation studio in 1957, H-B Enterprises became Hanna and Barbera's full-time job, and the company was re-named Hanna-Barbera Productions in 1960. Over the next three decades, Hanna-Barbera Productions produced many successful cartoon shows, including The Huckleberry Hound Show, The Flintstones, Top Cat, The Yogi Bear Show, The Jetsons, Jonny Quest, Scooby-Doo, and The Smurfs, many of which would go on to become icons of Western pop culture. In the mid-1980s, the company's fortunes declined somewhat after the profitability of Saturday morning cartoons were eclipsed by weekday afternoon syndication.