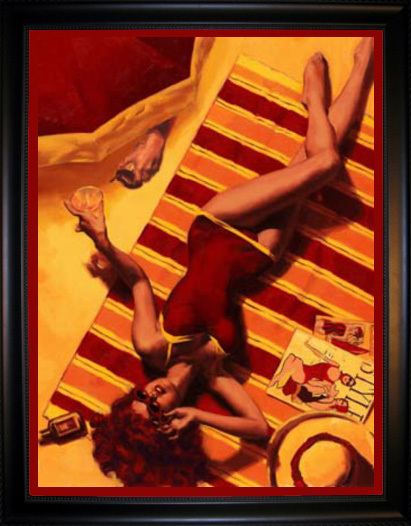 Orbik starts each piece with a pencil study. Then using models, vintage costumes and props, Orbik sets the scene and photographs it. Using these photographs and carefully crafted studies, he then meticulously renders the image in oil paints. Orbik's art instills memories of times gone by. From the clothes style of his characters to the inferences of love, romance and danger, his themes depict qualities that are almost of a film noir style. Glen Orbik's art has appeared in DC Comics publications such as "American Century," "Pulp Heroes," as well as in Superman, Batman and Flash titles. His art has also been showcased in Marvel Comics, Image, as well as Universal and Sony, in addition to creating art for the "Dungeons and Dragons" series. Orbik has also rendered many book covers, including Ray Bradbury and Stephen King titles. Each print is hand singed by Glen Orbik.