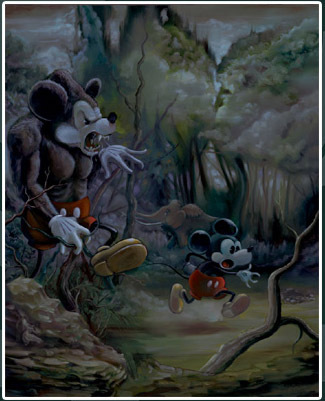 Hand-signed, Hand-numbered, gallery-wrapped. Contemporary artists team with Disney to creat the next level in urban culture murals, graffiti, and street art. Ewok is major graffiti artist who began his career in Minneapolis. He was one of the co-founders of "Life Sucks Die Magazine." This launched him into a career of graphic design, doing album covers and skateboard art. In 2005 he moved to Costa Mesa, California where he works full time for RVCA clothing.
More Artist Ewok Limited Edition Giclee on Canvas Mickey Mouse
Do you have a question?
Visit our Brick and Mortar Gallery in Denver (Cherry Creek North), CO