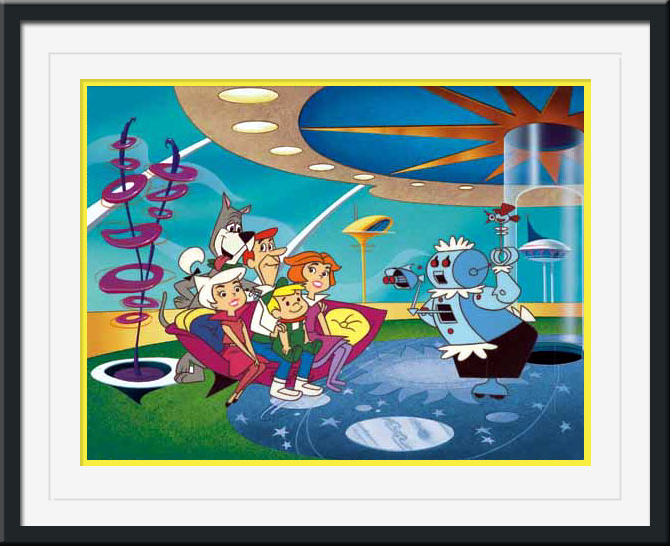 The Jetsons, Earth's foremost space age family, premiered on prime time television in 1962, and ran only two years in an evening time slot. Not until The Jetsons moved to Saturday morning, did they gain their current popularity. In their Saturday morning spot, this out-of-this-world family ran for fourteen years on CBS, NBC and ABC. The Jetsons Photo Opportunity is taken from an original drawing by award-winning Hanna-Barbara animator, Bob Singer. The background was painted by Warner Bros. master background painter, Dennis Durrell. Much like The Flintstones, The Jetsons have a knack toward being an average family in an extraordinary situation, which is directly linked to their four-decade-long popularity. This edition is signed by legendary animation pioneer Joe Barbera and Bob Singer.
More Artist Hanna-Barbera Limited Edition Hand-Painted Cel Jetsons