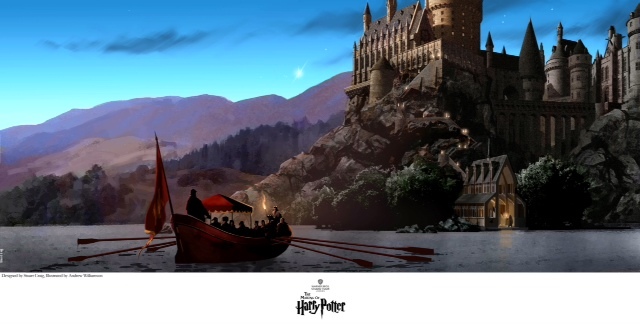 Stuart Craig is an award winning Production and Art Designer. He was the Art Director for all eight Harry Potter films and received an Academy Award nomination for four of the movies. Under the direction of Stuart Craig, renowned illustrator Andrew William rendered the original art for this beautiful scene where new students ride across the lake in the boat to Hogwarts. Craig worked closely with JK Rowling to make sure the visual representation of Harry's world was authentic. This art was originally developed for the Warner Bros. Studio Tour in Leavesden, England which is where most scenes of the movies were shot. WB now offers a tour at the site and fans from around the world can learn more about the making of the films.
More Artist Stuart Craig Limited Edition Giclee on Canvas Fine Art