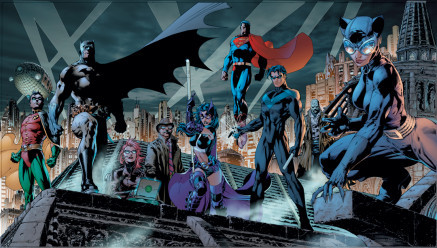 Taken from the renown series Batman: Hush, which premiered in 2001, "Heroes" is one of the two triple-gatefold comic book covers for Batman #619; the final edition of the Hush series. This final edition was published in November 2003. Rendered by Jim Lee, Lee's style is noted for the definition and detail he incorporates into his superhero images. Each piece is hand-numbered and has been signed by Jim Lee.
More Artist DC Comics Limited Edition Giclee on Paper DC Comics