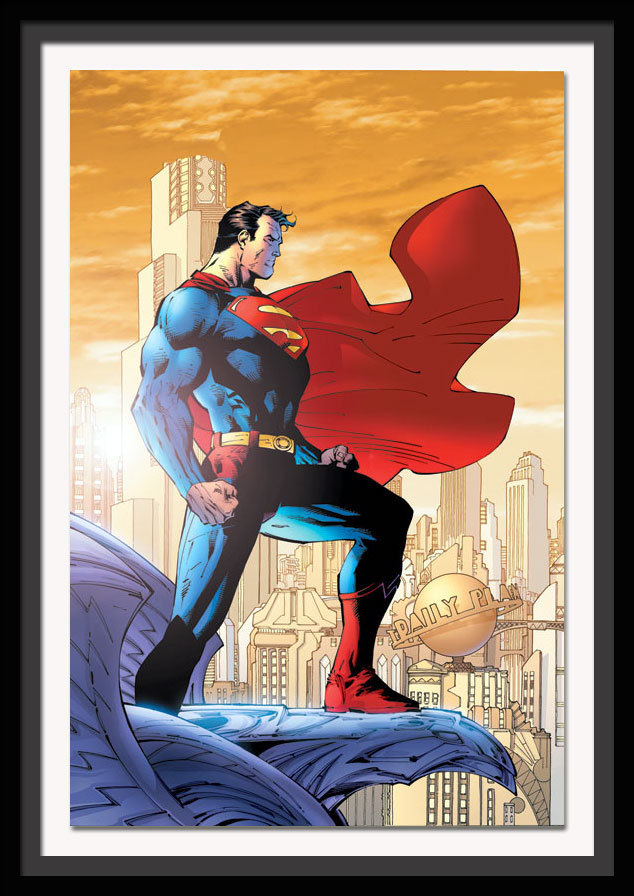 For Tomorrow was created by reknowned DC Comics artist and writer, Jim Lee. Featuring Superman, For Tomorrow is the companion piece to Lee's Batman piece, "Knightwatch". For Tomorrow originally debuted as a cover for the Superman Adventure series. Lee, who studies to be a physician at Princeton University, is known for creating superhero images that accentuate their physiques. One can always tell Lee's expressions from others by how muscular his characters are. A consummate comic book fan, Lee originally started WildStorm comics. WildStorm is responsible for some of the edgiest series of late to come to the world of comics, such as Gen 13, Wild C.A.T.S. and Astro City,
More Artist Warner Brothers Limited Edition Giclee on Canvas Superman