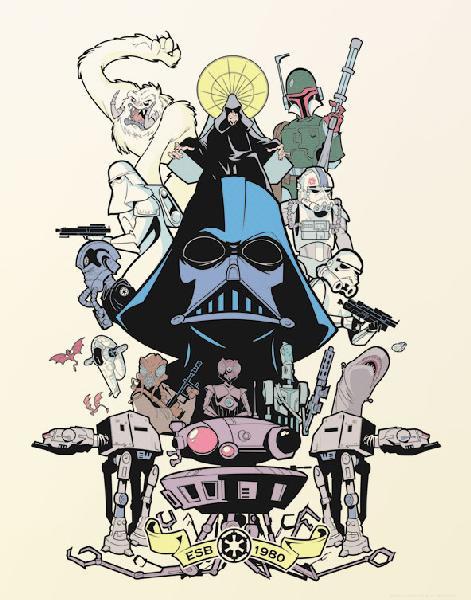 Lawrence was originally asked to do the Empire poster back in 1979, after completion of the piece Lucasfilm chose to go with the version from Roger Kastel in the famous Gone With the Wind pose. Lawrence's design was eventually used as the official 10th Anniversary Poster of Empire Strikes Back in 1990.
This newly painted version of the Empire Poster is a revisiting of Lawrence's original work, essentially Lawrence mentally took himself back to 1979 to do the Empire Poster with the addition of 30 years hindsight. For more details, please contact the gallery at 303-333-1566 or email info@fascinationst.com
More Artist Sam Fout Limited Edition Giclee on Paper Star Wars