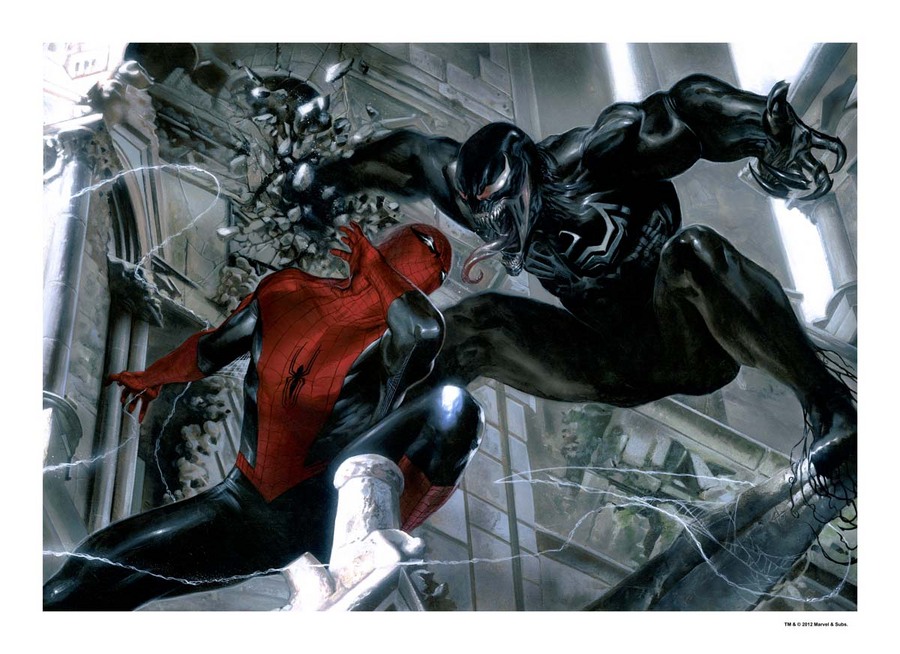 "The Encounter" was created by critically acclaimed Italian based illustrator, designer, and cover artist, Gabriele Dell' Otto. Dell' Otto first started collaborating with the European division of Marvel Comics producing covers, posters and lithographs for Italy, France and Germany and then later with DC Comics. Joe Quesada, editor-in-chief of Marvel Comics, was impressed with Dell' Otto's abilities and assigned him to the Secret Wars mini-series, written by Brian Michael Bendis. Dell' Otto went on to provide covers for the miniseries Annihilation. In 2007 he published the illustrated book Tales. and was the artist of the X-Force mini-series Sex and Violence, written by Craig Kyle and Christopher Yost. "The Encounter" is an original commission that Dell' Otto created for one of his many fans. Fans liken his expressive and painterly style to that of Mr. Ross "The Encounter" is a fine art giclee print on paper and each piece is hand signed by Gabriele Dell' Otto. Call 303-333-1592 for pricing and availability.
More Artist Marvel Comics Limited Edition Giclee on Paper Fine Art