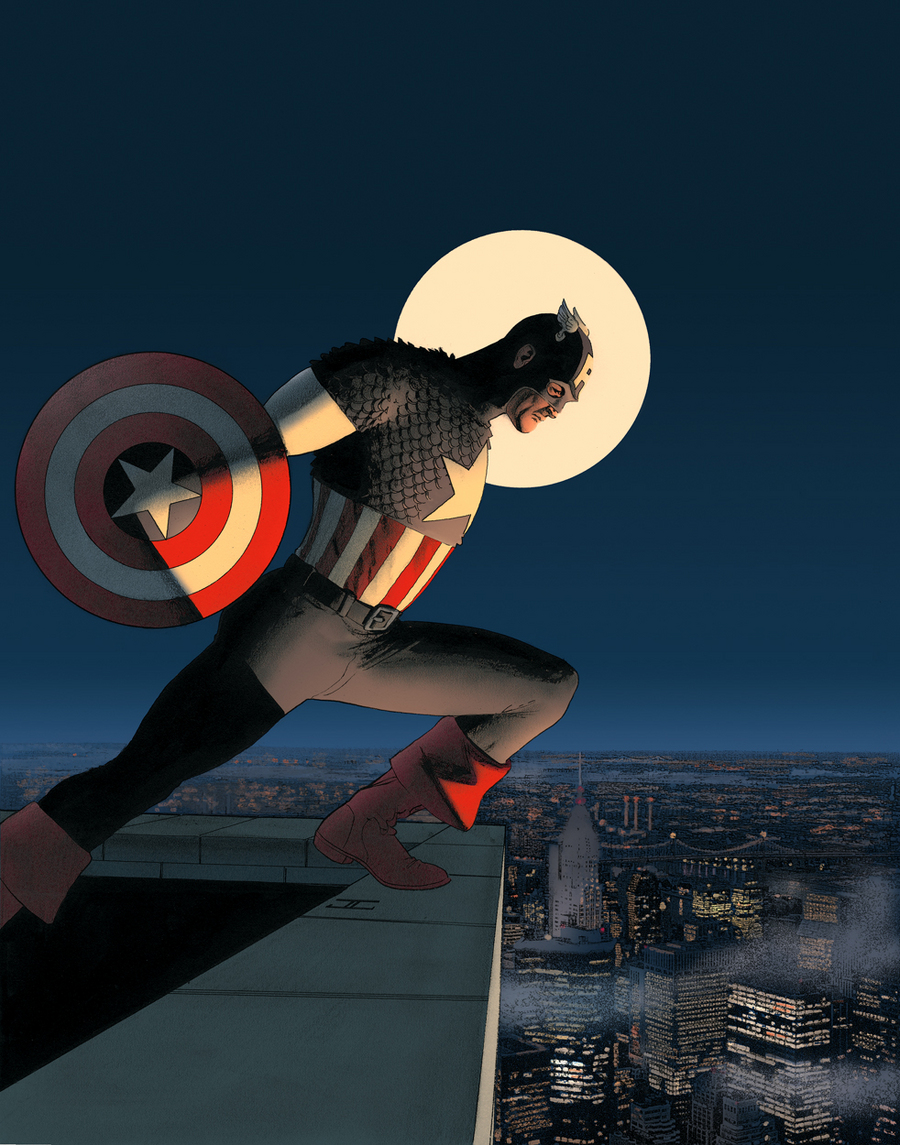 JOHN CASSADAY is known for his precise and realistic artwork with influences ranging from N.C. Wyeth to pulp magazine art. For Marvel Comics, he has illustrated the Uncanny X-Men, Nick Fury and most notably, Captain America.
John Cassaday's groundbreaking retro covers, created for Captain America in 2002, were based on WWII propaganda posters - befitting the iconic hero who began his life in the 1940's. Issue #12 featured Part One of the story, "Ice" by John Ney Rieber - in which a mysterious package makes Captain America question his past, his memories and himself.
More Artist John Cassaday Limited Edition Giclee on Canvas Captain America